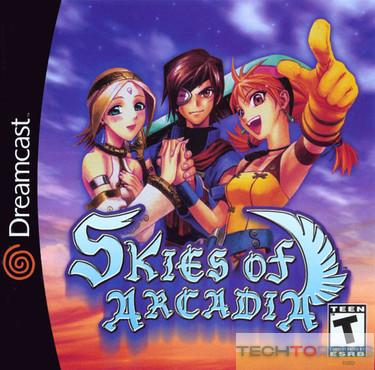 Fina, a young Silvite woman, flies through the night skies in her tiny Silver airship. Valuan Admiral Alfonso is in hot pursuit at Lord Galcian’s command, attempting to capture her. The Blue Rogues arrive and begin to fire on and capture Fina’s ship, which is about to plummet into Deep Sky, just as Alfonso’s warship is closing in. Vyse and Aika of the Blue Rogues leap from the Albatross onto Alfonso’s ship and assault their way to the rear cargo hold, prompting him to flee on a lifeboat while leaving Fina behind. After Fina reveals her feelings for Vyse, she is banished from the clan. With Aika as pilot and Vyse in command of the crew, they return to their island base on a ship belonging to the clan (disguised as a small town).