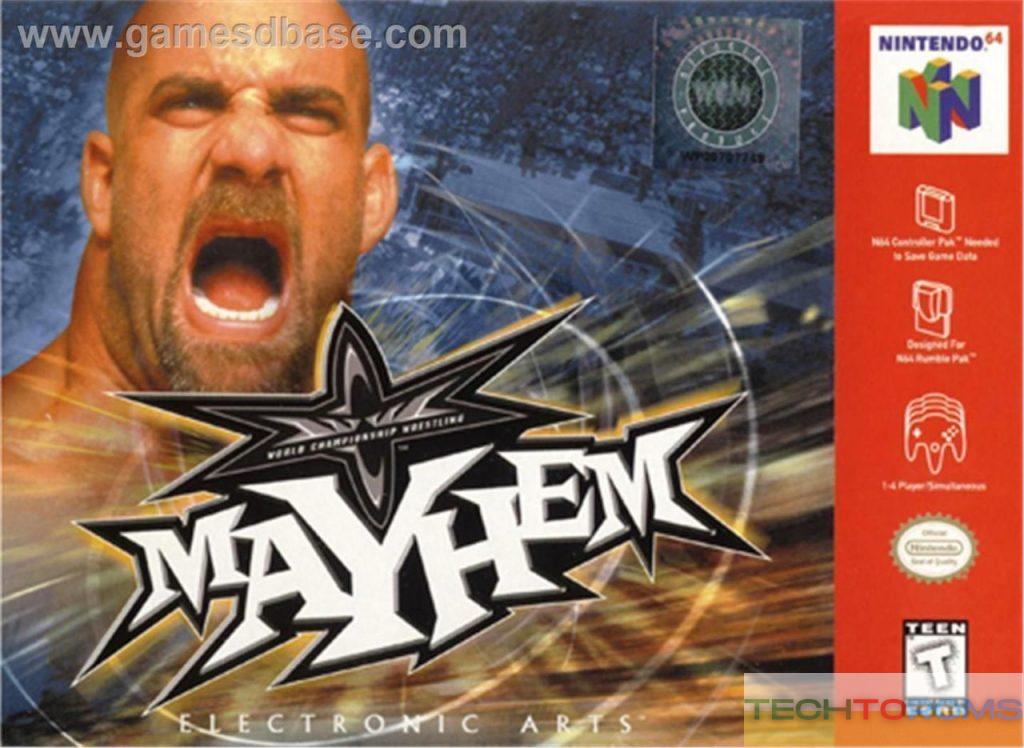 WCW Mayhem ROM for the Nintendo 64 is an action-packed fighting game released in 1999. Players can battle it out with some of the greatest wrestlers from World Championship Wrestling and create their own custom arenas. The game also offers a variety of single-player modes to keep you busy as you try to become a champion. With its detailed graphics and intense gameplay, WCW Mayhem stands out amongst N64 wrestling games as one of the most iconic titles.

As you enter the ring, feel the intensity of each match as you take on your opponents with a range of combos, slams, and strikes. From power bombs to hurricanranas, you’ll be able to put your skills to the test against some of WCW’s biggest stars. You can even customize your character’s look by modifying how they appear, so you can create a truly unique wrestler to face off against WCW’s best.

In addition to the intense gameplay, WCW Mayhem also features several single-player modes, including “Create a Pay Per View” and “Single Player Career”. In Create a Pay-Per-View, you’ll be able to customize every aspect of an upcoming match by choosing which wrestlers will compete, where it takes place and what type of match it is. Meanwhile, Single Player Career gives you the chance to join the ranks of other legendary wrestlers as you work your way up to become champion. As you progress through each career ladder rung, more options for matches and opponents open up, making each victory all the more satisfying.

Overall, WCW Mayhem for the Nintendo 64 is an incredibly detailed wrestling game that allows you to create your own unique matches and compete against some of WCW’s best wrestlers. With its intense gameplay and customizable single-player modes, it’s sure to provide hours of entertainment. So get ready to rumble!