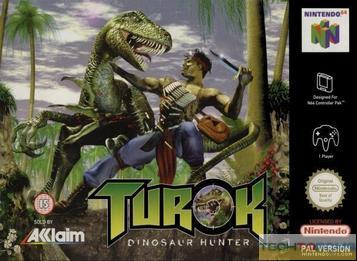 Turok – Dinosaur Hunter ROM is a first-person shooter developed by Iguana Entertainment and published by Acclaim Entertainment. It was released in 1997 and is one of the earliest games in the Turok franchise. The plot follows the titular character, who must stop the evil Campaigner from conquering the Earth using an ancient artifact known as the Chronoscepter.