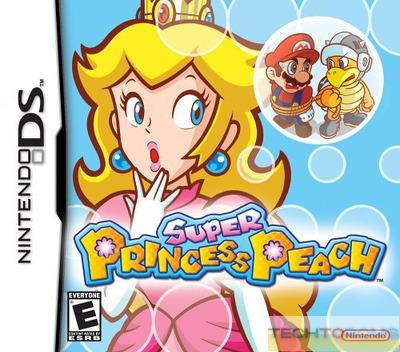 We’ve seen a lot of different series and universes in Nintendo’s history. Super Mario is one of the longest running, most diverse universes, with gameplay that varies from humorous stories to detailed character development. We already have several games starring Mario as the protagonist, and he continually saves Princess Peach from Bowser. The game I’m going on about today isn’t about Mario; it’s about Princess Peach. The title “Super Princess Peach” has generated new ideas and even surprises for fans all around the world.

Super Princess Peach is a 2D platformer with classic controls and mechanics. The visuals of the game have been enhanced to a new level, accompanied by vivid, lovely colors that bring out the beauty of a princess and her world. The universe will be reversed this time, with the princess personally rescuing Mario and Luigi brothers on their journey. Numerous challenges along the route will emerge, including rugged terrain, Bowser’s minions, and even colorful mini-games for players to enjoy.

In comparison to platform games in the universe, this time around the game will be more engaging and include several new features for players. The player’s adventure will last through eight worlds, each with six levels and three hidden Toads. Each world has a boss battle at the end, where mini-games are used to fight bosses. The player will not be able to access the final boss battle until all the hidden Toads have been collected. However, after defeatiing the final boss, players can go back and explore lower worlds to collect unlockables which open up new levels. Each world holds a maximum of three extra levels for players to discover – meaning that there are 24 bonuslevels in total for dedicated gamers.

Super Princess Peach has more special skills than Mario and Luigi thanks to her emotions. Players can utilize four distinct kinds of emotions to fight or tackle problems during gameplay. The variety of emotions will change the gameplay, thereby creating a new experience for fans of Super Mario. Super Princess Peach is a great game for those of you who own Nintendo 3DS systems or older generations. The game has many things for players to explore with the character Peach, and it is still exclusive to each Nintendo DS system.