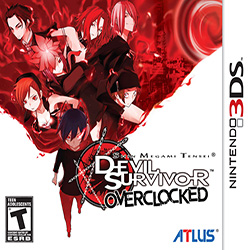 Shin Megami Tensei: Devil Survivor Overclocked ROM is a tactical RPG video game developed and published by Atlus for the Nintendo 3DS. The game is an enhanced port of Shin Megami Tensei: Devil Survivor, which was originally released for the Nintendo DS in 2009. The game features new content, including a new eighth-day story arc, voice acting, and high-definition visuals.

This game is a tactical role-playing game in which players take control of a group of characters who must fight against demons in order to survive. The game features turn-based combat and allows players to use a variety of different tactics in order to defeat their enemies. In addition to the main story, the game also features side quests and other activities that players can undertake in order to further improve their team’s chances of success.