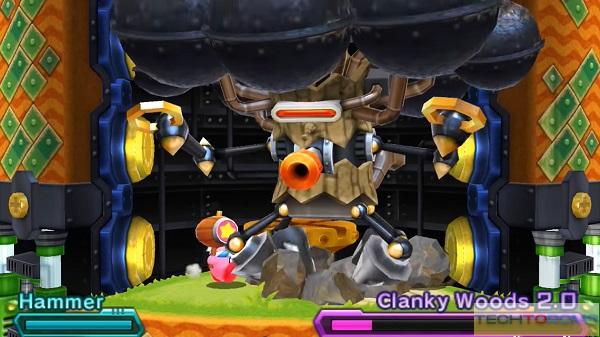 Kirby: Planet Robobot ROM is a new game for the Nintendo 3DS system. In this game, Kirby can use powerful mech suits to battle enemies and solve puzzles.

The story of Kirby: Planet Robobot focuses on Kirby as he defends his home planet of Popstar from being taken over by the Haltmann Works Company. Haltmann plans to mechanize the entire planet and extract all of its resources. Kirby must stop Haltmann and his robot army from taking over Popstar.

The enemies have arrived and are planning to mechanize the entire world, and as a result, Kirby is once again called upon. Inhale foes and spit them out to damage or copy their abilities, new abilities in this area include Doctor, Poison, and ESP. Kirby has the ability to lift heavy objects using his Robobot Armor suit that allows him to fight with opponents with ease; furthermore, the machine can identify an enemy to simulate their power.