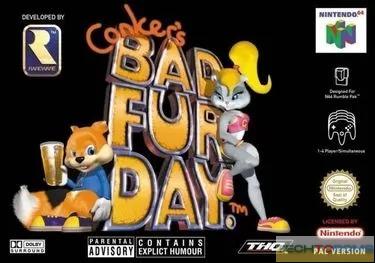 Conker’s Bad Fur Day ROM is an adventure game published by Rare and released for the Nintendo 64 console in 2001. The game centers around Conker the Squirrel, who must return home to his girlfriend Berri after a night of drinking leaves him with a massive hangover. Along the way, Conker must overcome a number of obstacles, including hostile animals, aggressive aliens, and his own drunkenness.

The game was met with positive reviews from critics, who praised its humor and graphics. Conker’s Bad Fur Day was also a commercial success, selling over 1 million copies worldwide. In recent years, the game has been included in several lists of the best video games of all time.