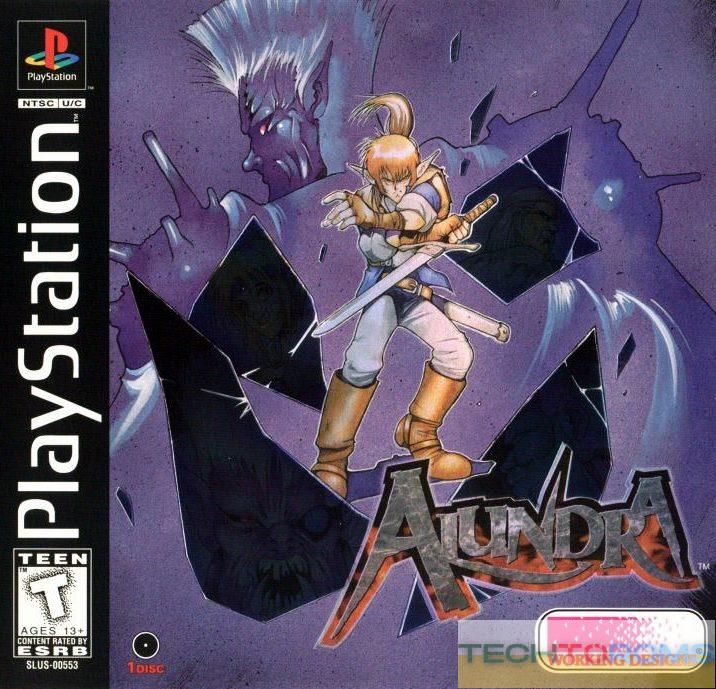 Introducing Alundra ROM, the action-packed role playing game that takes you on an adventure into other people’s dreams. Alundra is a young boy who washes up on the shores of the village Inoa after his ship goes down. There, he is taken in by the blacksmith Jess and his family.

Alundra is a young boy who can enter other people’s dreams. His own ambitions command him to go to Inoa Village. When the ship carrying Alundra to the village sunk, he was washed ashore on a beach near by. Jess, the blacksmith, takes care of him and treats him like his own child when he steps into the villagers’ dreams. However, while stepping into the dreams of the residents of Inoa, Alundra detects a hazard somewhere. The people are suffering from terrible nightmares, and only Alundra can figure out what they’re all about… Alundra is an action role playing game (RPG) that is similar to the legendary Zelda games. Real-time combat is used, as well as a variety of physical and environmental challenges. Dungeons play a significant role in the game, with players needing to solve puzzles in order to continue.