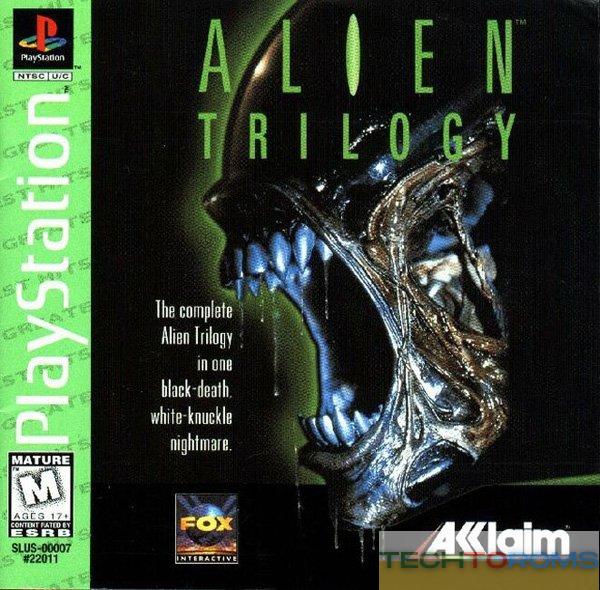 The Alien Trilogy is a first-person shooter set in the world of the first three Alien movies. You assume control of Lt. Ripley in three distinct areas: The colony complex on LV426 (from Aliens), the prison planet (from Alien³), and the derelict spaceship (from Alien). Each part has about 10 missions. In order to complete the game, certain objectives must be met. Killing a particular number of foes, finding objects, or turning on switches are all examples of this goal type. The adversary spectrum ranges from facehuggers, chestbursters, warrior aliens, dog aliens (from Alien³), and alien queens to one of which lurks in the last mission of each section. You must also battle Company personnel infected by the Aliens or who wish to prevent your mission. Pistols, shotguns, pulse rifles, flame thrower, and smart gun are all available as weapons. The game has over 60 levels and all of them are full to the brim with challenges. Each level has its own set of objectives that must be completed in order for the player to advance to the next stage. There are different kinds of ammunition, health upgrades, and other helpful goods hidden throughout the stages. Explosives such as hand grenades and seismic charges may be used to discover secret areas. The motion tracker alerts you when your foes are moving; however, it only works if they’re active.