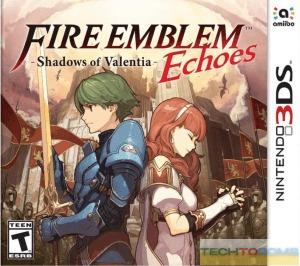 Fire Emblem Echoes: Shadows of Valentia ROM is a tactical role-playing game for the Nintendo 3DS, developed by Intelligent Systems and published by Nintendo. The game is a remake of the 1992 Super Famicom title Fire Emblem Gaiden, the second installment in the Fire Emblem series. It was released in Japan on April 20, 2017, and internationally on May 19, 2017.