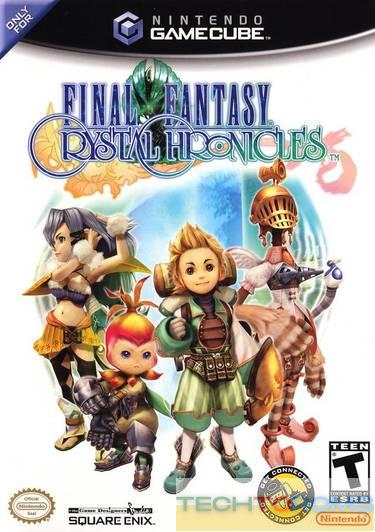 Unlike the previously released Final Fantasy: Crystal Chronicles series of games for the PlayStation console, for the Gamecube, players will be able to participate in the completely new role-playing gameplay of the “Final Fantasy: Crystal Chronicles” series. Players will be incarnated into adventurers who travel in order to protect the settlements of the world from the destruction of Miasma. Entering the game, players will be able to choose their characters through 4 different races to be able to own separate powers involved in world wars. Players will move the departing character from their village to the other dungeons to battle enemies and collect blueprints along the way. The player character will be provided with 4 hearts of hearts through each game gate.