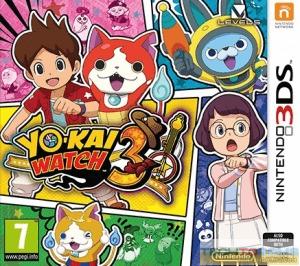 The story begins when Nate, a new resident of Peanutsburg in BBQ country, arrives. Here, Nate and his pals meet Buck, who is able to see Yo-Kai spirits thanks to a mystical stone around his neck that generates fascinating stories. You’ll be playing as two characters here: Nate and Hailey. The gameplay consists of summoning Yo-Kai using the device known as the Yo-kai Watch 3.

You may use your team to assist Yo-kai in their tasks, at which point they will present you with a Yo-kai medal of your own. Each Yo-Kai has its own set of talents, and the games are divided into separate systems that compete against one another during battles. When you win fights, Yo-kai have the potential to grow stronger and even evolve into powerful new shapes.