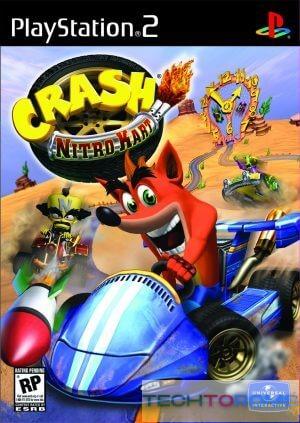 Crash Nitro Kart is a racing game developed by Universal Interactive Studios, the creators of the original Crash Bandicoot series. It was originally released on November 11, 2003. Emperor Velo XXVII, emperor of some unknown galaxy in the universe, kidnaps Crash and his pals while they are relaxing and demands that they join the race he has organized. If he loses, he will destroy the Earth; if he wins, Doctor Neo Cortex’s team and his eternal enemy Crash must enter into his race and promise to free them if he loses.

In the game, you can lead members of the Crash team in a variety of racing modes. The cars you drive have basic features such as acceleration, braking, and even jumping and reversing; you may use many various weapons to obstruct other riders. There will be four distinct types of crates on the track that you must pass through in order to obtain the ability associated with each type. After entering a level, you’ll be given different weapons and items to collect, which will be saved in the Wumpa. The power of the weapon will rise if it is marked with the Wumpa, while boxes will turn on the traps that prevent others from passing.