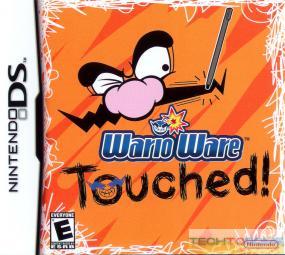 Wario is one of the most bizarre, funnily attractive characters in Mario’s game series. He’s not a protagonist; he just wants everything for himself. That being said, upon falling into a manhole, he noticed an attractively designed device called the Nintendo DS. It had dual-screens which made theexperience more alluring. With double screens comes double profit!!! So Wario begins to enlisting his crew’s help to create one of the most enjoyable and interactive games: “WarioWare Touched! 2005”. The series was widely acclaimed for its microgames, of which this installment was highly praised.

WarioWare Touched! was designed with gameplay that is not fixed. The best parts of its predecessors were gathered to create a truly unique challenge for players. These small microgames are entirely new, and the gameplay for “WarioWare Touched! 2005” is simple. Players will participate in an open story with over 180 microgames scattered throughout their journey. These challenges cannot stop you from progressing; if anything, they should help fuel your desire to succeed. Completing a game will grant rewards that can be used to purchase in-game items like new characters or unique souvenirs, such as a pet chameleon, record player, and ping-pong set! These gifts may seem odd at first but trust us – they’ll all come in handy eventually.

The game features a huge number of characters, such as Wario, Wario-Man, 9-Volt, 18-Volt, Ashley, and so forth. The more you play, the more friends you’ll make. To finish the odd tasks that Wario encountered in this world, keep tapping scratch and rubbing. Players will have to deal with challenges such as milking a cow , drawing a ‘stache on a face , and hurling stars at evil ninjas throughout their journey.