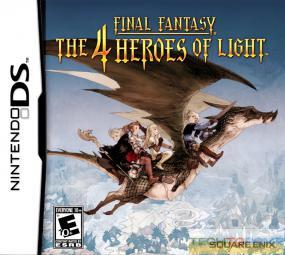 Enter the world of Final Fantasy: The 4 Heroes of Light ROM, a charming and old-school role-playing game exclusively for the Nintendo DS. Players take control of Brandt, a young boy who embarks on a grand adventure to lift a curse placed upon him by the Evil Witch of the North. Along the way, he’ll be joined by three other unlikely heroes: Jusqua, a hotheaded teenager; Aire, a weak but determined wizard; and Kupo, a talented moogle engineer.

Together, these four unlikely heroes will endure treacherous dungeons, deviously designed traps, and ultra-powerful bosses. They’ll also discover the power of friendship, as they band together to save the kingdom from ultimate destruction.

Featuring an innovative job system that lets players customize their characters to fit their play style, Final Fantasy: The 4 Heroes of Light is a must-have for any fan of Japanese role-playing games. So don’t delay – add it to your collection today!