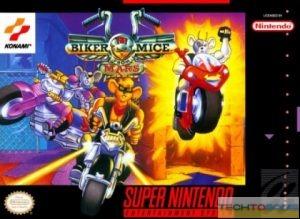 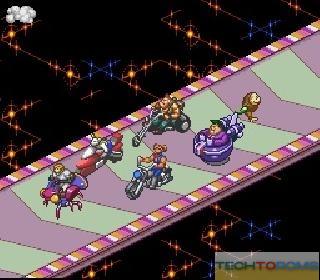 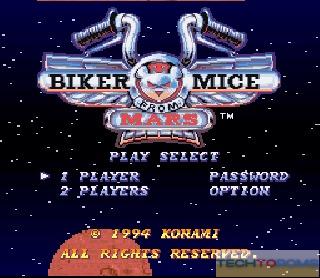 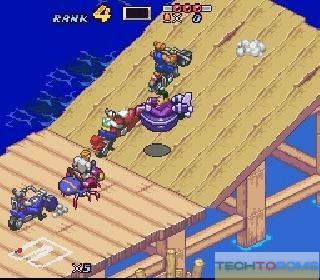 The Super Nintendo Entertainment System game Biker Mice From Mars is a 1994 classic arcade racing game developed by Konami. The game is based on the popular animated series at the time, which was also named Biker Mice from Mars. There are six racers to choose from based on the animated series: Mode, Vinnie, Lawrence Limburger, Throttle, Dr. Karbunkle, and Grease pit. All of the riders in this action racing game have weapons that can destroy other bikers on the road. There are also special random bonuses such as invulnerability and an increase in power.

The game has two modes for single player and multiplayer, with up to two players. You’ll control a motorcycle race in the single-player mode, which features AI-controlled racers. In the multiplayer mode, you’ll compete against other players on motorcycles. There are several races at various sites available, ranging from Beginner to Expert Level. You can select a motorcycle with a character to ride on in the beginning. Vehicles come equipped with weapons and other amenities. There will be a number of unique options that the player may choose from, such as cash, invulnerability, and rapid movement. The winner receives a prize in each race, with the loser required to repeat the challenge from the beginning. You may upgrade engines, tires, … and other equipment using the money you earn, as well as acquire additional goods like food, protection gear, and weapons at your garage. All you have to do now is ensure that you’re in your best possible state for entering the track and defeating your opponent before taking home the gold.